Mathematician and software developer, outstanding member of the Institute, at present honorary member
(see more on the foundation of the Cluj-Napoca IT; ITC history – soon).

He activated at the Institute between 1960-1968, having a major contribution in the elaboration of the software of the first Romanian electronic computers:

He activated in the software field at the Institute for Computer Research (Institutul pentru Tehnica de Calcul – ITC). He is the author of some well appreciated manuals of programming (in C, C++, C#, etc).

He is coauthor of the first manuals of computer science in Romania (1971), which were used several years at the four highschools founded in Romania (in Bucharest, Iaşi, Cluj-Napoca and Timişoara). He was (together with dr. Emil Muntean, dr. Augustin Prodan and Teodor Vuşcan) in the team of researchers detached to teach computer science at the newly founded highschool from Cluj-Napoca.

The mathematical papers published at the Institute allow us to state that he is also a member of the Cluj Team on Numerical Analysis and Approximation Theory.

He is one of the computer pioneers in Cluj-Napoca and in Romania.

Since about five years I am concerned about robots.

I purchased sets of parts to build MINDSTORMS robots Logo type EV3. They work on the programs that are written using some languages tailored for them.

Volume 3 is devoted to humanoid robots.

On the book’s cover reads:
The book is intended for those who wish to enter the building and programming Lego robots type MINDSTORMS EV3. The book can be used to teach about robots in schools and colleges.

Volume I refers to building vehicle type robots using LEGO MINDSTORMS EV3 set. The simplest programs defined in the volume can be made directly on the robot. More complex programs are accomplished using the LEGO MINDSTORMS EV3 Home Edition application. It describes programs on controlling the engine, movements on colored bands and in a maze, avoiding obstacles, displaying figures and texts, issuing sounds, musical notes and English and Romaninan words.

Volume II contains programs with blocks of sensors, with variables and constants, creating arrays and access to their elements. There are used computing facilities using arithmetic and logical operators, call elementary and trigonometric functions. Finally, addressing the creation and use of user blocks.

Volume III will address constructing a humanoid robot, and the definition of complex programs that run on both kind of robots. In particular, programs for games will be built. An example of such a program is a version of the well known game Nim.

Probably volume 4 will follow, containing complex programs.
Last year I organized an optional programming course on robots at the Faculty of Computer Science.
This year I didn’t, because I had too many hours. Perhaps next year.

The figure below displays the robot vehicle. 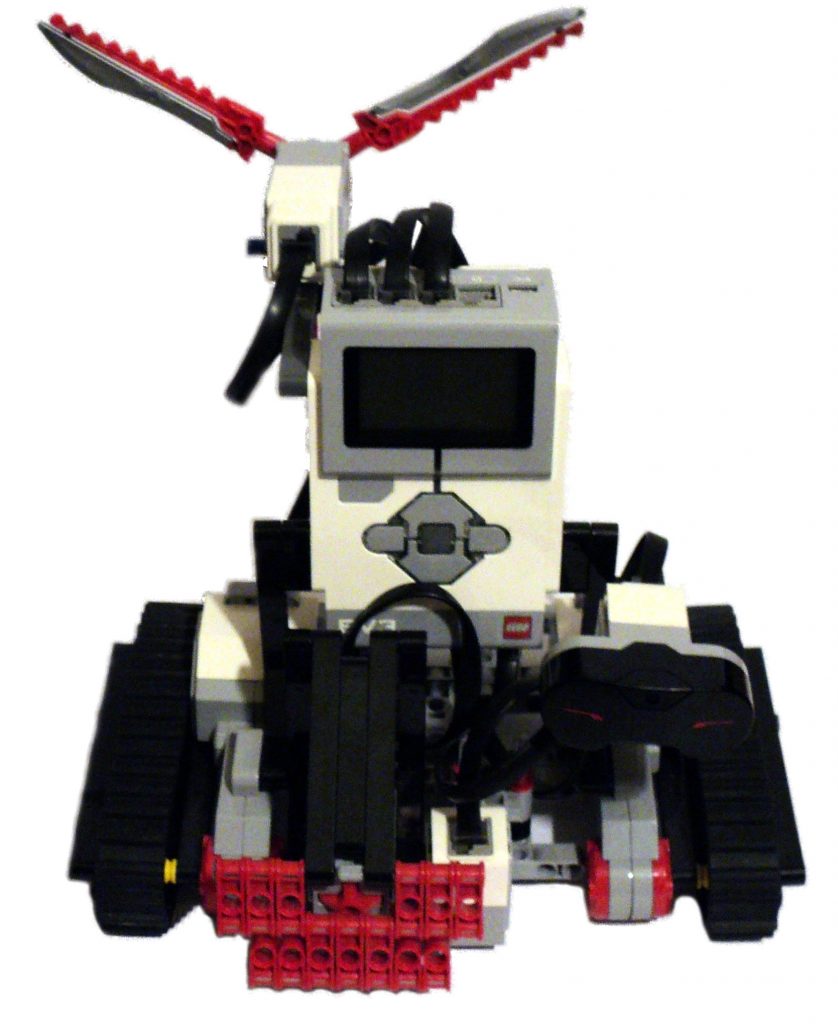 The documentation for the first Romanian compiler, DACICC-FORTRAN, designed for the DACICC-200 computer.

The computer was designed and built at the Institute, between 1966-1968, and finalized at the newly founded Institute for Computer Research – Institutul pentru Tehnică de Calcul ITC (which beared the first years the name on the cover).

ITC was founded by the transfer of the Computing Machinery section from ICTP.

Liviu Negrescu is coauthor (together with dr. Emil Muntean, Augustin Prodan and Teodor Vuşcan) of one of the first Romanian manuals on Computer Science for pupils, in 1973. 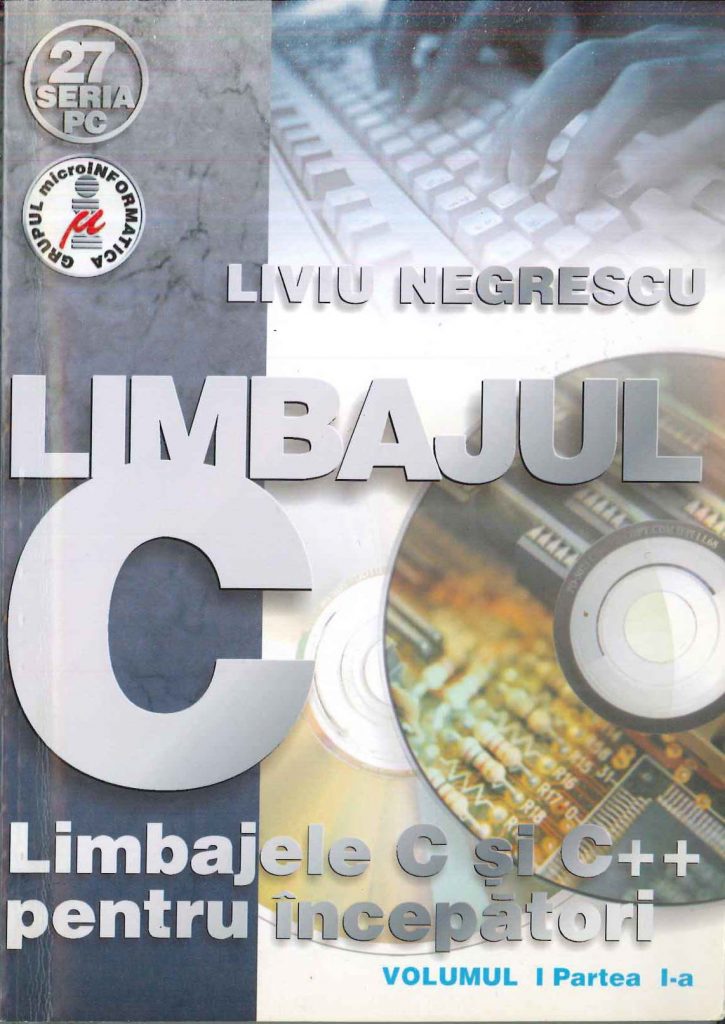 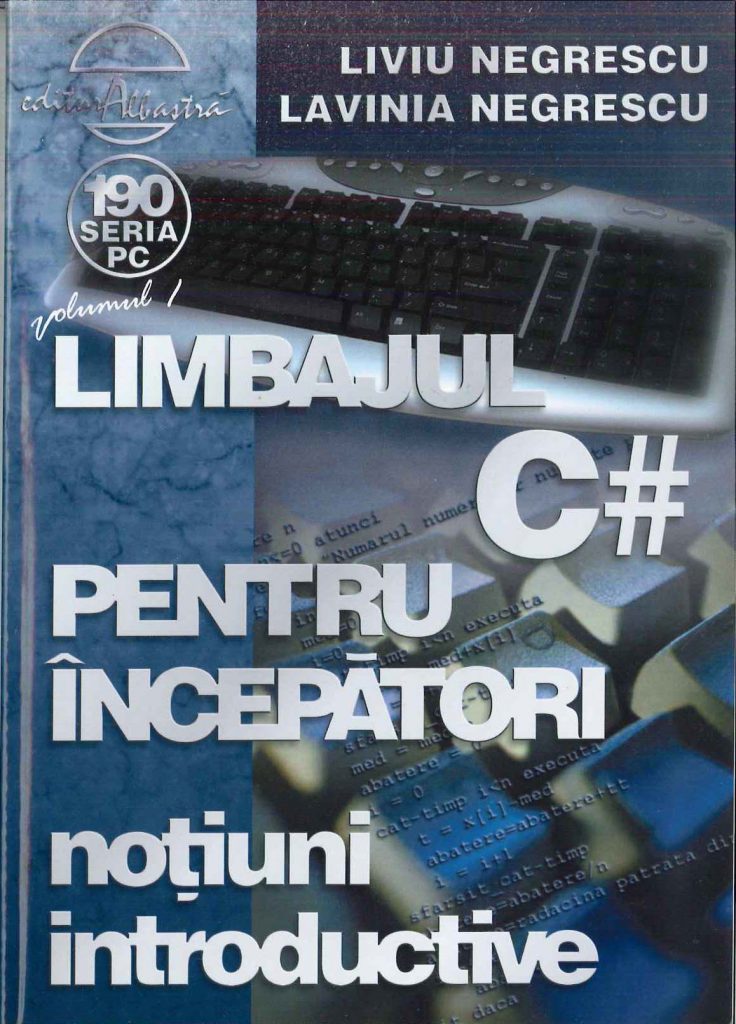 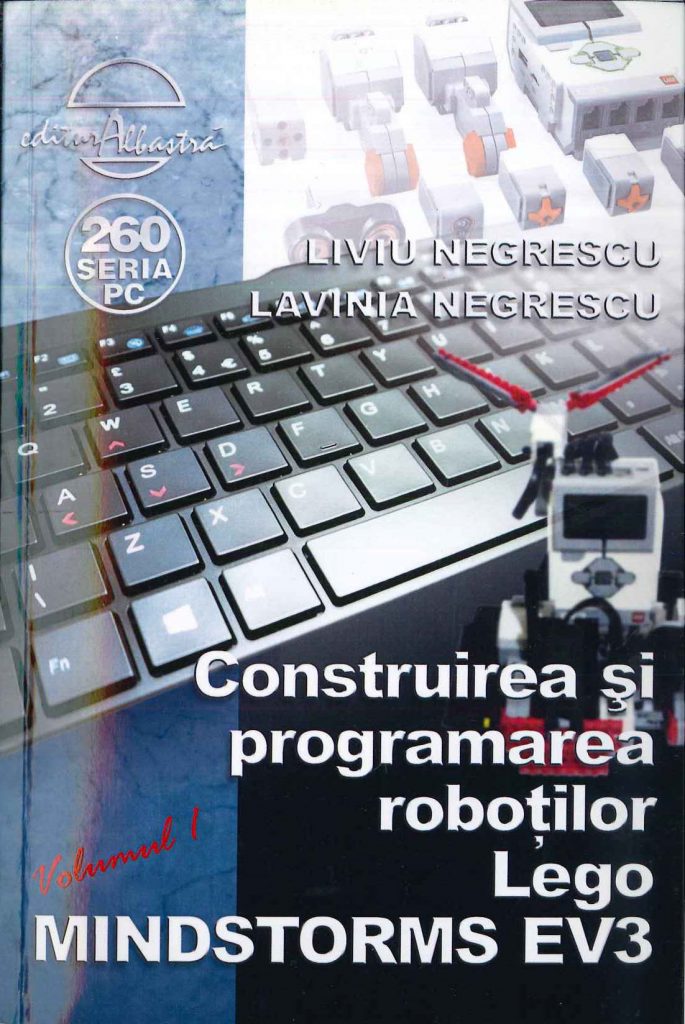